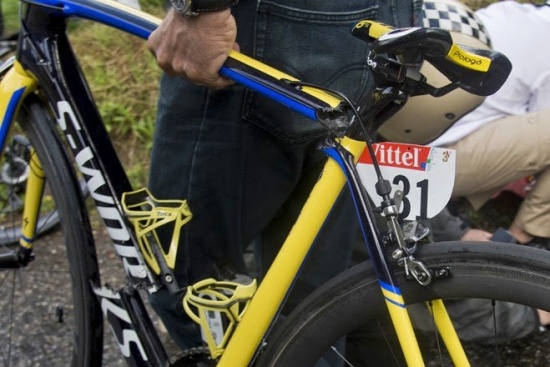 Wow. Likely to be damaged or broken? Not designed to be rugged workhorses? Sounds like an ideal bicycle for the world's toughest sporting event.

0
#2 Crash_Kid (15.07.2014, 20:31)
“We knew that [the bike wasn’t part of the Contador crash] but the rumour was spreading. That broken bike never rode a kilometre and is lying somewhere in a car. It was his spare bike, which was on top of the team car. When we overtook other cars in the ditch the car was leaning to the side and that’s when it hit another bike. We set up a new spare bike for him but that turned out to be no longer to be necessary,” De Jongh told Cyclingnews.